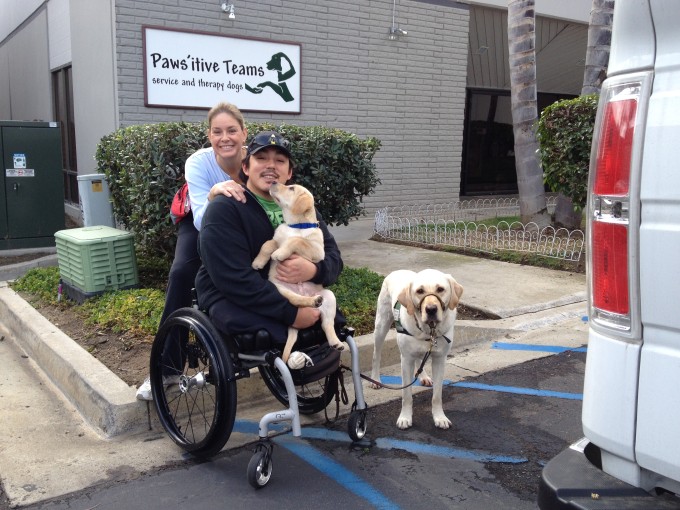 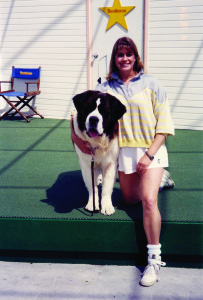 For me, a college job at SeaWorld led to a most interesting career path. Partway through my studies to become a flight attendant through Mesa College, I learned about the Exotic Animal Training and Management program at Moorpark College. This was a tough program to get into and the only one of its kind in the world!  After a nerve-racking application and interview process, I was accepted into the internationally renowned E.A.T.M. Program.

So, without hesitation, I transferred to Moorpark and two years later had my degree in Exotic Animal Training and Management and an exciting future ahead of me.

My first position out of college landed me at the infamous Playboy Mansion, managing Hugh Hefner’s private bird collection, a few Woolly monkeys, and two sheepdogs. Upon returning to San Diego, I worked for SeaWorld, the San Diego Zoo and the San Diego Safari Park where I trained marine mammals for eight years and a myriad of exotic animals for show performances.  Those jobs then led me to Switzerland for a year where I developed, implemented and trained sea lions for a show at Cony Land in Lipperswil.

In 1990, upon returning to the U.S., I began a job at the Animal Show at Universal Studios, Hollywood. In addition to training animals for show performances, television appearances, and movies, I helped to raise two great apes.  But in 1995, my biggest test as a trainer was put before me.  I was asked to be the head puppy trainer on Walt Disney’s “101 Dalmatians.”  No one in the film industry had ever attempted to train a large group of puppies together for the purposes of making a motion picture.  There was no need.  However, Walt Disney Pictures decided to create a live-action version of its animated classic “101 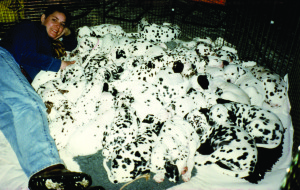 Dalmatians.”  Although the storyline called for 99 Dalmatian puppies, the reality of producing a motion picture actually required closer to 300.  I had been given the seemingly impossible task of locating and training the large number of puppies that were required for the filming and production of the movie.  With my "dogged" determination and incredibly versatile training skills, I got the job done.  Nearly 300 little puppies made motion picture history and the film went on to break box office records. 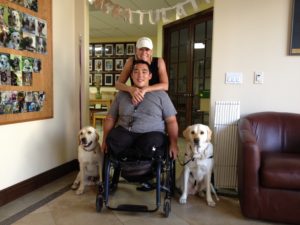 After an amazing and successful career in television and motion pictures, in 1999 I moved back to San Diego to begin training service dogs for a non-profit organization.  In 2001 I launched my own dog training business. Our Mission statement was to help people build positive relationships with their pets.  I am constantly thriving to be the best trainer I can be and I’m always searching for continuing education opportunities.  Recently, my extensive research and thirst for knowledge led me to Master Dog Trainer Duke Ferguson in PEI, Canada and his Dog Training Genesis program.  It seemed to be a wonderfully comprehensive system of teaching humans how to train their dogs in the pet world and the added bonus was that his philosophy matched mine.  I had to know more!  So this past summer, 2015, I went to Canada and mentored under Duke for three weeks of high-level intensive dog training.  Upon completion, my skills have advanced to a new and accelerated level.  I am now one of Duke Ferguson’s certified professional dog trainers, and the first one in the United States.  I am in Southern California and cover North County, San Diego. 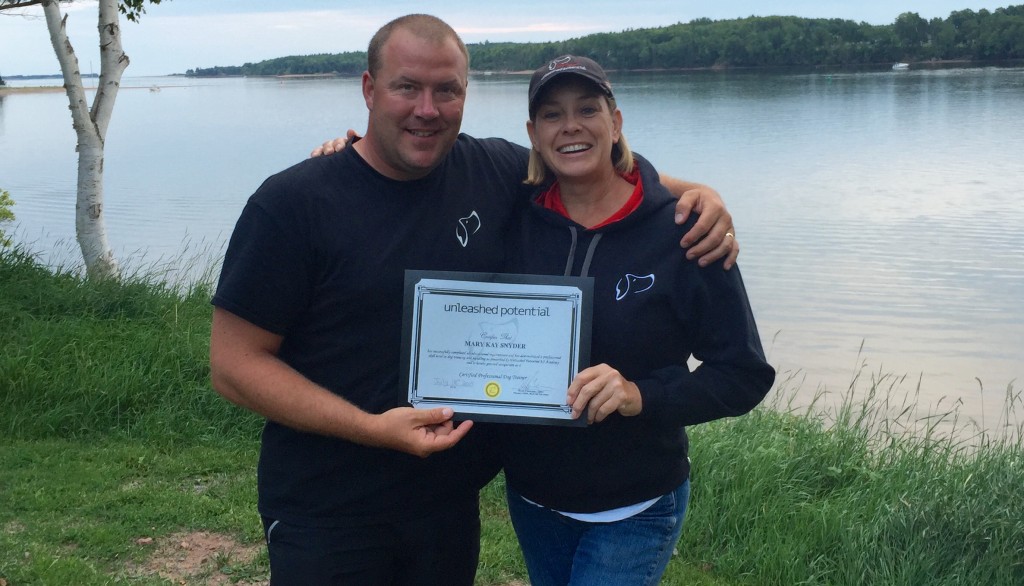 Currently, I also volunteer and train service dogs for Paws’itive Teams, a non-profit organization in San Diego. We provide highly skilled dogs to enhance the lives of individuals with disabilities, wounded veterans and those with Post Traumatic Stress.  We provide ongoing support to ensure the quality of the partnership.  It is so powerful and fulfilling to see how these dogs change lives.

I truly love what I do and I am so proud to be an Unleashed Potential certified professional dog trainer.  My dog training has reached new heights and has connected me with trainers around the world.  I know I can help you with your dog and unleash their freedom!

Please contact me via phone or email for more information: 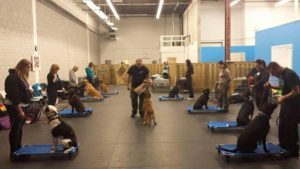 Find a Certified
UPK9 Trainer
Near You

This FREE video series will help you teach your dog to pay attention, learn how dogs communicate, and build a proper relationship with your dog.